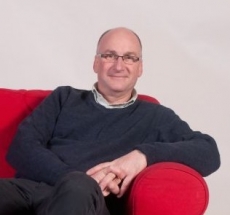 The Diocese of Liverpool has announced that the Rev’d Tim Montgomery, currently Bishop’s Adviser for Mission and Leadership in the Diocese of Carlisle, is to take up the role of Director Transforming Wigan in early February 2015.

Rev’d Will Gibbons has been part of a small group of clergy and laity that formed a bid for funding for the project and was involved with shortlisting for the Director role. Will says ‘I am really excited that Tim has been appointed. He will bring energy and enthusiasm backed with the experience of growing churches and coaching leaders. As a church we must commit to praying for this project and for Tim and his family as they prepare for the move to Wigan’.

Transforming Wigan is avowedly not about a single new initiative which will sit apart from existing structures. It is about the re-imagination and re-invention of our core stipendiary resource initially in Wigan and then across the wider diocese.

The Diocese of Liverpool is currently one of only 3 dioceses in the country which has seen an improvement in both mission and financial strength over the past 5 years. Transforming Wigan is a 7-year £1.2 million programme which aims to build on this to achieve two broad outcomes:

The Diocese of Liverpool website has much more information including the successful bid document submitted to the Church Commissioners.

St Mark’s Newtown takes its duty and obligation to protect all extremely seriously. We have adopted the national Church of England’s robust procedures and guidelines. You can find out more about the national policies and procedures at www.churchofengland.org/safeguarding

If you have any safeguarding concerns or issues on a safeguarding matter then you can find useful contact information at http://www.liverpool.anglican.org/safeguarding